Sugar Labs has been accepted as a participating organization in Google Summer of Code. Visit https://wiki.sugarlabs.org/go/Summer_of_Code/2016 for more information or if you are interested in being a mentor. 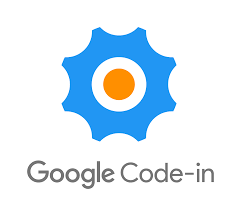 The Google Code-­in contest gives students around the world an opportunity to explore the world of open source development. Google not only runs open source software throughout our business, we value the way the open source model encourages people to work together on shared goals over the internet.

Participants complete “tasks” of their choice for a variety of open source software projects. Students can earn t-­shirts, certificates, and hooded sweatshirts for their work. Each software project will name two students as their grand prize winners and those students win a four day trip to in Mountain View, CA, USA in June 2016. 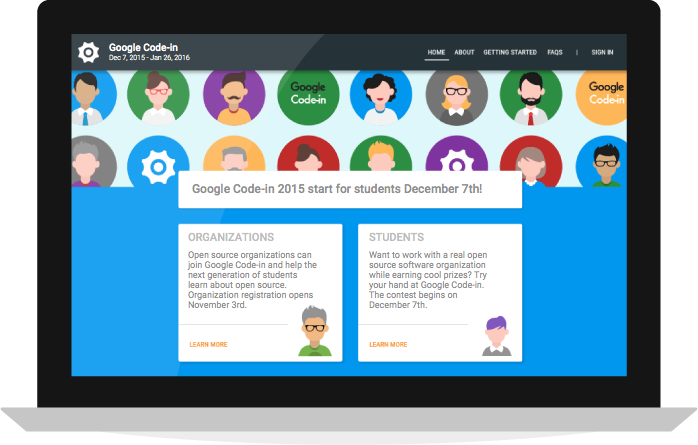 Since open source development is much more than just computer programming, there are lots of different kinds of tasks to choose from, broken out into five major categories:

2. Documentation/Training: Creating and editing documentation and helping others learn

4. Quality Assurance: Testing to ensure code is of high quality

Over the past five years, over 2200 students from 87 countries completed at least one task in the contest. This year we hope to have even more students participate globally. Please help us spread the word and bring more students into the open source family!

Visit g.co/codein to learn more about the contest. For even more information and contest updates, read our Frequently Asked Questions, follow our blog or join our mailing list.

MIAMI— One Laptop Per Child (OLPC) will provide the government of Uruguay with 8,000 of its newly released XO Tablets for distribution to pre-school and first grade children in the country. The OLPC/Uruguay pilot program (Plan Ceibal) is the world’s first government program designed to get educational technology into the hands of children ages six and under.

“Plan Ceibal has been one of the early adopters of the OLPC laptop, and Uruguay is the first country to have deployed and reached one-to-one laptop student and teacher saturation. We are very aware of the importance of integrating pedagogy and technology to enrich the educational experience of our children,” said Uruguayan government official, Miguel Brechner. “The engaging and intuitive nature of touch-screen technology, as well as the way OLPC has presented the contents of the tablet, will enable us to connect students and broaden their cognitive opportunities at an even younger age.”

The XO Tablet, designed and developed by OLPC, features OLPC’s XO Learning System and provides children with access to state-of-the-art educational content that has been curated and selected for age-appropriateness and learning value by OLPC. In addition to the XO Learning System content available on every XO Tablet, the 8000 XO Tablets distributed to children in Uruguay will be customized for the region and will be preloaded with local content to meet the requirement of the Uruguayan school system.

“There is early evidence, both empirical and anecdotal, to support the efficacy of tablets and touchscreen technology as learning devices for children as young as ages two to five,” said Rodrigo Arboleda, OLPC Chairman and CEO. “As such, adding a fully functional and educationally focused tablet is a natural extension of the OLPC mission and an excellent complement to our existing and continuing laptop program.”

The XO Tablet, and its XO Learning interface, run on the Android’s latest OS. To ensure compatibility and interoperability with the nearly 2.5 million laptops OLPC has distributed since 2005, OLPC is converting the Sugar software currently used in XO laptops to the Android system. Once the conversion is complete, Sugar will be made available via download free of charge. The porting of Sugar into Android will give XO Tablet users access to OLPC’s previously developed educational content.

The XO Tablet, which is manufactured and distributed by OLPC strategic partner, Vivitar, is currently available for purchase in the U.S. at Amazon.com, Target.com, Walmart.com and Walmart stores. These strategic retail partners have in common a commitment and history of empowering children to learn, and in 2008, Amazon was instrumental in the execution of OLPC’s “Give 1 Get 1” program to sponsor laptops for children in developing countries. OLPC’s proceeds from sales of the XO Tablet will further the organization’s global mission by enabling further development of the XO Learning System, updating existing apps and software to facilitate interoperability between XO Tablets and Laptop and by subsidizing distribution of the tablets to children throughout the world.

About XO Tablet, XO Learning and One Laptop per Child

The XO Tablet has been fully designed and developed by OLPC to harness the power of a connected touchscreen device to create new ways for children to learn-how-to-learn. Its launch also marks the global debut of the XO Learning System, designed as a child-centric interface to empower kids to build, learn and dream as part of OLPC’s mission. OLPC was launched in 2005 at the MIT Media Lab as a project to provide a modern education to every child around the world through access to laptops and connected devices. The organization has since distributed 2.5 million of its specially designed XO laptops to children in 60 countries, and the XO Tablet extends that experience into a modern tablet form factor. All within the philosophy of Learning-by-doing advocated by the Media Lab throughout the years.

Vivitar is a leading provider of photographic, audio and optic devices and related accessories with a rich 75-year heritage of technology innovation and affordability dating back to 1938. Building off the success of its legendary Series-1 lenses and flashes, the company has steadily expanded its product portfolio to include cameras, camcorders, accessories and now tablets tailored to the needs of today’s families. Vivitar is headquartered in Edison, New Jersey, with additional offices across the United Kingdom, Latin America, Canada and Hong Kong, and global retail distribution spanning more than 100,000 locations in both mass market and specialty channels. For more information, visit www.vivitar.com.

For FAQ’s, where to buy and more information on the XO Tablet, visit www.xotablet.com.

OLPC OS 13.2.0 is a new software release focusing on cleaning up a few edges from our previous release, and finishing off support for the new XO-4 laptop. As usual, we maintain support and consistency for older laptops models, with XO-1.75, XO-1.5 and XO-1 also included in the release.

This is our core power saving technique where we suspend the processor after a few seconds of system inactivity (“idle suspend”), but we leave the screen and wireless interfaces running to provide the illusion that the system is still running as usual.

The new XO-4 laptop comes with bluetooth support as a purchase option. While such Bluetooth support is not immediately available in the user interface, we have enabled this functionality in the underlying system, ready for developers and deployers to use in their custom applications.

In the Clock activity, you can now use the touchscreen to drag the clock hands to another time, a useful exercise for learning about time. Drop-down lists are sub-optimal for touch, they have been replaced by more intuitive and touch-friendly UI elements in Record. The pinch-to-zoom touch gestures in Image Viewer behave much better than before. FotoToon has been improved to interact with the touchscreen on-screen keyboard.

A new activity has been added, presenting a piano-style musical keyboard to the user. The piano can then be played using the XO’s physical keyboard, or with the XO-4 touchscreen by directly placing your fingertips on the notes you wish to play. You can even play multiple notes at the same time by using more than one finger, thanks to the XO-4’s multitouch capabilities.

We are exploring methods to improve common classroom situations of teachers handing out assignments, and teachers collecting in the students work. While this functionality should ideally be part of the core Sugar desktop, for now we are prototyping a solution in the form of an activity called Journal Share, which is new to 13.2.0. To hand out an assignment to the students, the teacher starts the Journal Share activity, shares it, and adds the assignment to the session. Students join the shared activity, and with a single click, the assignment appears in their Journal. When the teacher wants to collect in the student’s work, the teacher starts the Journal Share activity and shares it. Students join the shared activity, and add their completed work from their Journal. The submitted work is automatically transferred into the teacher’s journal for later assessment and evaluation.

Several activities (such as Read, Write and Paint) are now usable when the screen is rotated. Scratch has been updated to a new version, bringing in the latest functionality and extending the library content. The Help activity content has been updated.

How to install? (Installation is distinct from update. If you have user data on the laptop that you wish to preserve, you may want to follow the Update instructions.)

There are certainly cases where applying objective measures badly is worse than not applying them at all, and education may well be one of those. –Nate Silver

Not to be deterred by Nate Silver’s words of warning, Claudia Urrea and I continue to work on mechanisms for visualizing learning Sugar. Along with the Pacita Pena and other members of the Learning Team, we have been designing rubrics that capture the level of fluency with the technology as well as the creative use of the individual Sugar tools by children. The rubrics are captured automatically in some Sugar activities, e.g., Turtle Art and a modified version of Write.  We are aiming for evaluations that look more broadly than those data that are captured by standardized tests. We just submitted a paper, “Visualizing Learning with Turtle Art”, in which we present some measurements calculated from 45 Turtle Art projects created by children working with Quirós Tanzi Foundation.

We claim that the rubric serves as a partial evaluation tool for open-ended projects. Partial, because it is only a measure of how the children used Turtle Art to express themselves, but not what they made or why they made it. But the rubric does have the potential to give some assistance to the teacher who is working within the context of accountability, without adding an additional burden of analysis above and beyond looking at the work itself.

We want children not just to learn about the computer, but also to learn with the computer. Providing activities such as Turtle Art that engage them in computational thinking in the context of personal expression is necessary, but not sufficient. Giving them tools for reflection enhance the learning experience. Giving their teachers simple-to-use mechanisms for assessment increase the odds that activities like Turtle Art will find more mainstream acceptance. Making it easier to assess open-ended projects lowers one of the barriers that are preventing more use of the arts in school.

Using HTML in a Sugar Activity is not new. The Wikipedia Activity has been embedding HTML contents for years. It does this by integrating into the Activity two things: the Sugar browser to render HTML and an HTTP server to react to user clicks by calling Python code.